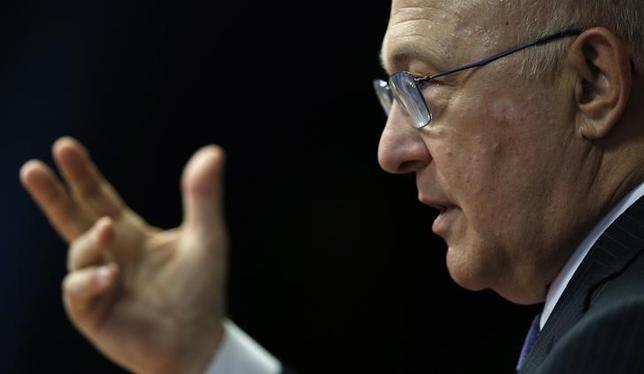 France is tightening its anti-corruption laws to clean up its image after several French companies were slapped with huge fines abroad, with planned reforms including greater protection for whistleblowers and a new anti-corruption agency.

Two years ago, France’s biggest bank, BNP Paribas, was fined $9 billion by U.S. authorities over violations of sanctions against Sudan, Cuba and Iran.

French engineering company Alstom and oil groups Total and Technip were also forced to pay millions of dollars to the U.S. authorities over bribery allegations.

French Finance Minister Michel Sapin will unveil the new bill to the cabinet on Wednesday, before sending it to parliament for discussion.

“So we must wash away this suspicion and for that we need strong measures,” he said.

The bill will also include the creation of a government-wide registry of lobbyists and a ban on “large” gifts to government officials, officials at the finance ministry said.

France was ranked 23rd in Transparency International’s latest corruption perception index, below Germany, Britain and the United States, and was criticized by the Organization for Economic Co-operation and Development (OECD) in 2014.

Alstom was sentenced to pay a $772 million fine by a U.S. judge last year, the largest levied by the U.S. government in a foreign bribery case.

Total and Technip also agreed in recent years to pay millions of dollar to U.S. authorities to settle allegations of bribery of foreign officials.

“This is shocking, and almost insulting for our judiciary system,” said Sapin, who passed a first series of anti-bribery measures under a previous Socialist government in 1993.

By giving French judges a more efficient framework to crack down on bribery, French officials are also hoping to avoid future cases of French firms being forced by courts to allow monitors reporting to foreign governments into their operation, as was the case with BNP Paribas.

The government dropped an earlier plan to introduce the possibility for companies to plead guilty in exchange for a financial settlement, meant to bypass lengthy legal procedures, after France’s highest administrative court advised against it, Sapin said.

The article Stung by large U.S. fines, France to tighten anti-corruption laws was originally published at Reuters - US Energy.